The IRS always gives us something to look forward to in May – the release of the annual inflation adjusted amounts for Health Savings Accounts (HSAs).  The IRS has released Revenue Procedure 2017-37, providing the inflation adjusted amounts for HSAs.  The HSA contribution limit for the 2018 calendar year for individual coverage will be $3,450, and the limit for family coverage will be $6,900

The Revenue Procedure also includes the 2018 minimum deductible and out-of pocket maximums allowed for a plan to qualify as a high deductible health plan (HDHP)—the required coverage for an individual to be eligible to make or receive HSA contributions.   The minimum deductible amounts will increase to $1,350/$2,700 (individual/family), and the annual out-of-pocket maximum amounts will increase to $6,650/$13,300 (individual/family) in 2018.

What About the California HDHP Rules?

Fortunately, the marketplace responded creatively, with carriers frequently offering to split the HDHP into two stand-alone policies (one for employee-only coverage and the second for all other tiers).  Under this separate policy approach, no embedded individual deductible is required because there is no employee-only option associated with that policy.

Ultimately, this turned out to be a surprisingly easy workaround to the difficult and conflicting AB 1305 and HDHP deductible limitations.  The end result is that AB 1305 has largely become a non-issue.

What About the American Health Care Act?

The American Health Care Act, the ACA “repeal and replace” bill, recently passed the House.  As discussed previously, the AHCA would dramatically increase HSA contribution limits retroactive to the start of 2017.  The contribution limit would effectively double at an amount identical to the HDHP out-of-pocket maximum amounts ($6,550/$13,100 in 2017, $6,650/$13,300 in 2018).

The AHCA still faces a tough battle in the Senate, a tricky compromise phase in conference, and another round of votes in both the House and Senate before the bill could be signed into law by the President.  However, if passed in its current form, the AHCA would dramatically change the contribution limits described in the table below.  Stay tuned!

Click below to register for our upcoming webinar on Thursday, May 25 at 10am:

The American Health Care Act: Details on the ACA Repeal and Replace Bill 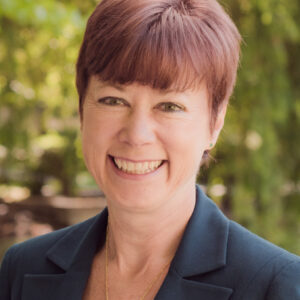 Karen Hooper, CEBS, CMS, Fellow is a Compliance Director, Senior Account Executive and Vice President working closely with the Lead Benefit Counsel in the ABD team’s Employee Benefits Division. She works closely with internal staff and clients regarding compliance issues, providing information, education and training.
The information provided is of a general nature and an educational resource. It is not intended to provide advice or address the situation of any particular individual or entity. Any recipient shall be responsible for the use to which it puts this document. ABD shall have no liability for the information provided. While care has been taken to produce this document, ABD does not warrant, represent or guarantee the completeness, accuracy, adequacy, or fitness with respect to the information contained in this document. The information provided does not reflect new circumstances, or additional regulatory and legal changes. The issues addressed may have legal, financial, and health implications, and we recommend you speak to your legal, financial, and health advisors before acting on any of the information provided.