In 2007, I worked for an insurance broker that worked exclusively with private equity firms and portfolio companies. I vividly remember a meeting we had in mid-2007 to plan our marketing calendar for the next twelve months. We were planning webinar topics geared towards the private equity space and someone suggested that we host an event to explain how a D&O policy should respond to a portfolio company bankruptcy. At the time it seemed like a VERY boring topic – the type of webinar that only your mother, best of friends, or people who owed you something would attend.

Serendipitously, the random date that we chose for the event, almost one year after our planning meeting, was in the spring of 2008. This fell during a time when private equity executives were incredibly concerned about the state of the economy. Initially, we had roughly just 10 people register for the webinar, however, that figure jumped to over 50 in the days leading up to its airing. It went from being an arbitrary topic choice to a very real concern for private equity executives overseeing many portfolio companies.

In hindsight, very few of my portfolio company clients filed for bankruptcy in the subsequent years. The ones that did served industry sectors like auto and construction, which were hit especially hard by the recession. However, in the early stages of the recession, the future of many companies was unclear at best.

This blog post provides high level insight into how defense costs can be advanced in a bankruptcy situation, particularly as creditors and bankruptcy trustees seek to preserve policy proceeds while the failed company’s directors and officers are seeking to rely on the policy to defend themselves against pending claims.

After entity coverage could be added to a D&O insurance policy a couple of decades ago, a recurring problem in the bankruptcy context was whether or not the D&O policy proceeds were property of the estate under Bankruptcy Code Section 541(a) and subject to the automatic stay under Bankruptcy Code Section 362. Directors and officers of the bankrupt company wanted access to the insurance proceeds to fund defense expense or settlements, but the bankruptcy trustee wanted the proceeds preserved so they are available to satisfy the trustee’s own claims, and so the trustee sought to subject payment of the proceeds to the bankruptcy stay.

Over time, a number of standard practices have evolved to facilitate defense expense funding in the bankruptcy context. As most practitioners who regularly deal with these issues know, the practical solution to these issues that seems to have been worked out is for the insured directors and officers to approach the bankruptcy court to try to obtain an order lifting the stay to allow the insurer to advance their costs of defense – usually subject to certain terms and conditions.

These orders are often referred to as “comfort orders,” since they allow the carrier to advance the defense costs without running afoul of the bankruptcy court.  Though these procedures may be well known to those who deal with them frequently, they may be less familiar to those who are not as frequently involved in claims presenting these issues.

The following illustrates how a potential scenario could unfold whereas a D&O insurer would advance the executives defense costs, subject to certain conditions:

While there may not be anything remarkable about this now, for many years this relatively straightforward process was highly controversial and extensively litigated, as a result of disputes over the extent to which the policy and the policy proceeds were assets of the estate of the bankrupt company.

While the processes followed here are now better established, problems still emerge.  For instance, funding problems can occur if the priority of payments clause in the D&O policy is not worded correctly. These clauses, which are now standard in most D&O insurance policies, address how the D&O insurance policy’s limits of liability are to be paid out so that the liabilities of the individual insureds are to be given priority and paid first.

Problems can potentially be averted if a policy has the type of priority of payments provision that “unambiguously state that the corporate entity and any successor, trustee or receiver has no rights to the insurance policy proceeds until all claims asserted against the individual insureds have been resolved.”

Private equity firms with portfolio D&O programs in place in advance of the recession had a distinct advantage in this regard.  Typically, portfolio programs include insight from outside counsel and standardized wording on every policy. This means that one phone call to the insurance broker will answer the question for all portfolio companies because they were on the same policy form.  For those that didn’t take this proactive step, it became a challenge to keep track of what was in place at each of their companies. There are many coverage elements in a D&O policy, so be sure to ask whether or not the D&O policy that you are considering will provide best-in-class protection in the unfortunate, and unlikely, event of a bankruptcy.

Josh Warren is a Senior Vice President and M&A Advisory Practice Leader at ABD Insurance and Financial Services.  Prior to joining ABD, Josh spent 15 years at Equity Risk Partners, an insurance brokerage and consulting firm that concentrated exclusively on private equity firms, venture capital firms, and family offices.  Josh was twice named a Power Broker by Risk & Insurance Magazine in the Finance – Private Equity category. He was also named to multiple “40 Under 40” lists, including Business Insurance magazine, Risk & Insurance magazine, and the M&A Advisor.  He can be reached at josh.warren@theabdteam.com or 312-300-5759.

John Haskell Executive Vice President of ABD’s Executive Risk Solutions Practice and leads the leads the Seattle office of ABD Insurance & Financial Services, as well as our Executive Protection Services (EPS) practice (D&O and related management liability lines). He has over 35 years of experience in the insurance industry; the last 30+ on the insurance brokerage side. John has held a number of brokerage leadership and production positions in his career, always focusing on program consulting, design and execution for companies with large, complex risk management needs. He has extensive experience with layered placements, high-deductible and self-insurance programs, and alternative risk financing, including group and single-parent insurance captives. He can be reached at john.haskell@theabdteam.com or 206-962-5077. 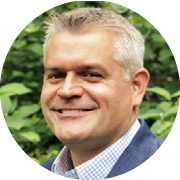 Josh is a Senior Vice President and M&A Advisory Practice Leader of ABD Insurance and Financial Services. His responsibilities include operational leadership, client management, program design, and risk analysis for alternative asset managers and ABD clients facing a merger or acquisition.
The information provided is of a general nature and an educational resource. It is not intended to provide advice or address the situation of any particular individual or entity. Any recipient shall be responsible for the use to which it puts this document. ABD shall have no liability for the information provided. While care has been taken to produce this document, ABD does not warrant, represent or guarantee the completeness, accuracy, adequacy, or fitness with respect to the information contained in this document. The information provided does not reflect new circumstances, or additional regulatory and legal changes. The issues addressed may have legal, financial, and health implications, and we recommend you speak to your legal, financial, and health advisors before acting on any of the information provided.