Thomas Friedman and Respecting the Power of a Connected World

The Earth may be round, but our world is flat, and it’s getting flatter—and more fragile—all the time. That’s what Thomas Friedman, award-winning foreign affairs columnist for The New York Times and bestselling author of The World is Flat, wants us all to keep in mind come November.

Mr. Friedman recently joined ABD for a client-exclusive webinar to discuss his views on the troubling trends facing the next president of the United States and what needs to happen to get the country, even the world, back in good physical, political, and economic health. His opinions are his own, formed over decades of direct reporting and sophisticated analysis of some of the most complex issues facing the world. He’s known for making people see things in new ways. In one hour, he certainly gave me a lot to think about – from the current pandemic and politics to globalization and global warming… although, now those topics seem more interrelated to me than ever before.

Respect the Power of Mother Nature

For Mr. Friedman, the 21st century so far has been one “pandemic” after another: terrorist attacks, financial crises, environmental disasters. As a reporter, he’s covered them all. The latest, COVID-19, is one of Mother Nature’s fastballs. Like previous pandemics, the warnings signs were there, and we still couldn’t manage to avoid it. Now that it’s here, we must adapt.

In Mr. Friedman’s hindsight, we were not humble or respectful of this virus. We were not coordinated in our response to it, and we did not build an adaptation strategy—one that balances lives and livelihoods—based on science. The next POTUS needs to learn from these mistakes and lead change on a global scale that better prepares us for the next big, hard fastball from Mother Nature. She’s merciless, and (sing it with me), “She’s got the whooole wooorld in her hands”. I, for one, do not want her to drop it like a hot potato. Do you?

Respect the Power of a Connected World

When asked if the world is getting flatter, in reference to his bestselling 2007 novel about the opportunities and drawbacks of globalization, Mr. Friedman steered the conversation toward a different f-word: fragile. Yes, the world is getting flatter (more connected) all the time, but that’s also causing it to become more fragile. Technology has enabled so many good things to come about in this world: communication, travel, efficiency, productivity. But it has also paved—or greased, as Mr. Friedman put it—the way for a whole host of big, hard problems that aren’t easy to solve. All those pandemics I mentioned before? All that grease adds fuel to the fire. Climate change? Social injustice? Political polarization? Technology is powerful. Will you use it to be part of the solution, or part of the problem? How will the next POTUS use it?

Respect the Power of the Vote

Speaking of political polarization, Mr. Friedman feels this is the big, hard problem that needs to be solved now, first. We need to find a way to come together as a nation, so we can all work better together to solve the bigger, harder problems, that much faster. Two heads are better than one, as my mother used to say. Our next POTUS will only succeed by unifying us as a county, not dividing us—and by instilling truth and trust in the world, so we, as citizens, can make educated choices, not just on November 3rd but every day, that actually make a difference in the world.

In a democracy, a vote is the most important and impactful choice we can make. The world is fragile. Mr. Friedman’s ask of us? ‘Vote on November 3rd. Vote like your future physical, political, and economic health depends on it… because it does.’ 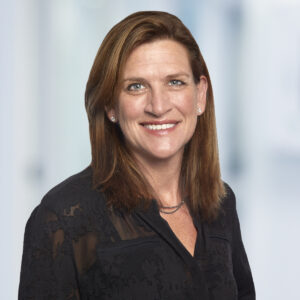 Jane Paolucci is Senior Vice President of Marketing at ABD. An experienced storyteller, she enjoys using her creativity to develop and deliver strategy and value-added marketing communications that inspire customers and team members to take action and achieve measurable business results.
The information provided is of a general nature and an educational resource. It is not intended to provide advice or address the situation of any particular individual or entity. Any recipient shall be responsible for the use to which it puts this document. ABD shall have no liability for the information provided. While care has been taken to produce this document, ABD does not warrant, represent or guarantee the completeness, accuracy, adequacy, or fitness with respect to the information contained in this document. The information provided does not reflect new circumstances, or additional regulatory and legal changes. The issues addressed may have legal, financial, and health implications, and we recommend you speak to your legal, financial, and health advisors before acting on any of the information provided.